What is High Harmonic Generation? 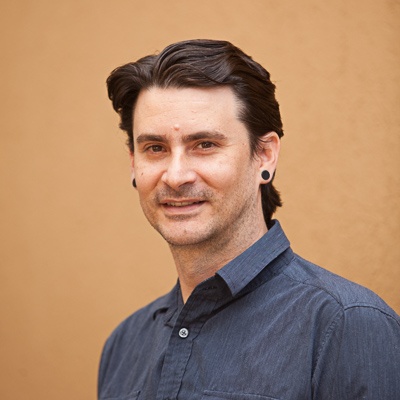 
The best way to think of high harmonic generation is to consider an atom in the presence of a strong electric field of an intense laser pulse. When the high strength electric field is present, the potential of the system is perturbed (a), causing the electron to tunnel out of the atomic system (b). The electron travels far from the system and as the field generated by the laser shifts direction, the electron accelerates back toward the atomic center (c) . If the electron is re-absorbed into its parent ion (d), the kinetic energy of the returning electron is liberated as a high energy (low wavelength) photon. Photons in the extreme ultraviolet (EUV), 124 nm down to 10 nm, are typically generated when an 800 nm Ti:sapphire laser amplifier is driving their generation.

At KMLabs, the XUUS system is our 5th generation EUV source, with outstanding power and pointing stability for the EUV beam. Despite the typically inefficient EUV conversion of this approach, our phase-matching technology allows bright, usable EUV radiation for a variety of applications.


Use Cases for High Harmonic Generation 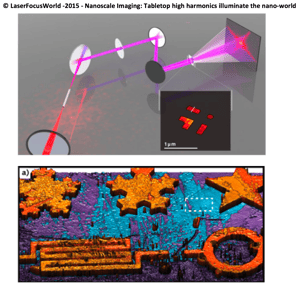 There are many use cases for EUV radiation. One exciting use for EUV sources is coherent diffractive imaging (CDI). CDI is a lenseless technique where the spatially and temporally coherent EUV beam is reflected onto a sample and the resulting diffraction pattern shines on the detector screen. Computer algorithms are then used to convert the diffraction pattern signals into a usable 3D sample image representation. The resulting phase information from the diffraction can also help distinguish different material properties and surface textures.

And since EUV sources can deliver sub-femtosecond pulses, time-resolved spectroscopy is also possible, where the temporal changes in a sample can be measured during reactions or transformations within the sample.

Who cares most about EUV Sources?

Most tabletop EUV experiments are conducted on custom-built systems that are maintained by the lab group at an organization. These systems can suffer from a lack of stability over time and can be time consuming to maintain and operate. Commercially available EUV sources like the XUUS provide an “always ready” EUV source so lab staff can spend more time doing experiments and less time building and maintaining HHG setups.


Other scientists like to use EUV sources like synchrotrons, free electron lasers, or non-coherent EUV sources. Laser-like EUV sources based on HHG, however, allow bright and spatially coherent EUV to be generated on the tabletop scale and at a much lower cost compared to other methods. Believe it or not, EUV HHG systems like the XUUS are able to create similar brilliance levels to the synchrotron, but without the intense time pressure of facility scale systems.  Stop waiting in line for beam time.  Bring the power of the synchrotron--and more--to your lab! 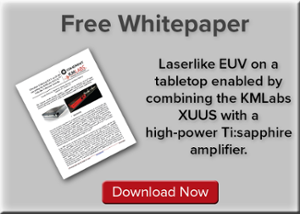 Seth graduated from the Open University in London, U.K. with a BSc Honours in Physics. He went on to complete a MSc in photonics at the Polytechnic University of Catalunya (UPC) in Barcelona, Spain. He completed his PhD at ICFO also in Barcelona, Spain focusing on ultrafast laser development and high harmonic generation for the production of attosecond x-ray pulses.